Did you ever have one of those days when things were not going to well and then you read something or got an email and it just set you off? Did you want to run to the keyboard and fire off a response that let out all your pent up frustrations? Did someone ever tell you to not respond in such haste, wait a day or two and see if you still feel the same way? I don’t know but this kind of looks like one of those letters.

It was getting late in 1969 and things were good for Ford on the race track that year but Dodge did show up late in the season with the 1969 Dodge Daytona and I am sure there were people inside Ford wanting to one up them again just like Ford did with the Talladega. However, the “other shoe” was about to drop inside Ford to end support for racing and they may have helped fire this author’s fuel to send this letter off to the Automobile Competition Committee. (Note: Both letters refer to the 1969/1970 Dodge 500 and not the Daytona but the article and photo clearly show it to be a Charger Daytona. Is this a simple heat of the moment mistake or was there more to it?)

The Committee was trying to be polite but was really saying, “Get Real, No big deal!”. 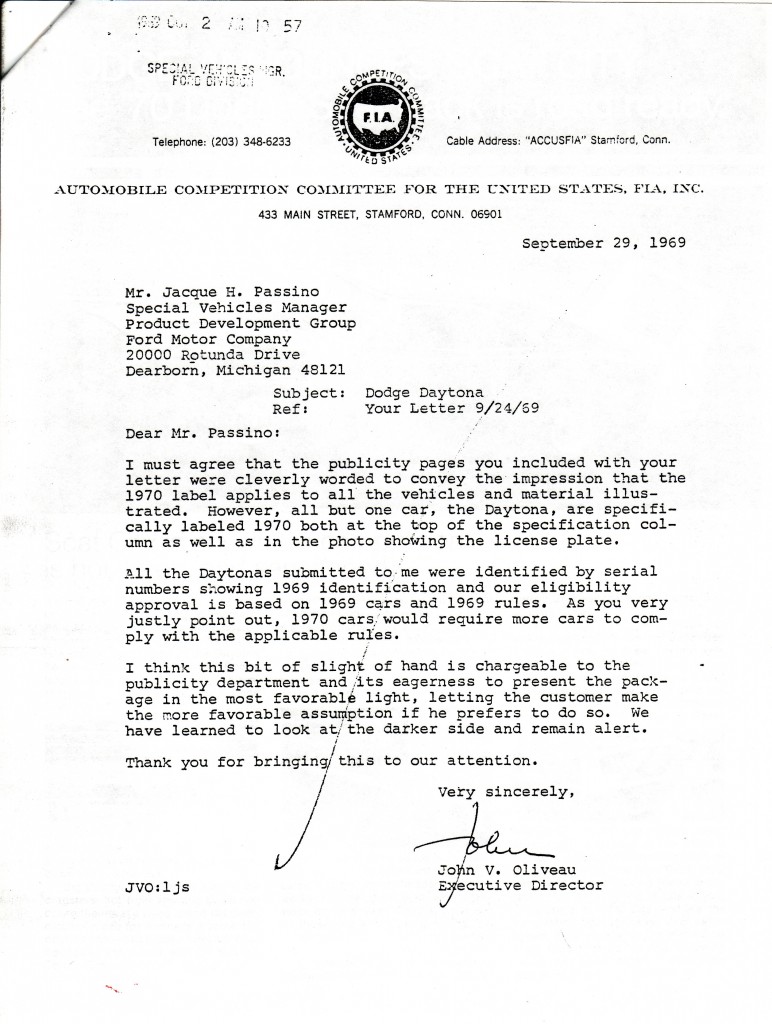 Anyone else remember the Scat Pack advertising? Anyone admit to being a Scat Pack Club Member?

What are You Working on?