We started off early Saturday morning with a short drive down some beautiful Tennessee two lane country roads to a legal moonshine distillery called Short Mountain. I have heard stories of a Talladega or two having been used to run some shine back in the early 70s. It seemed only fitting with the connection of NASCAR to moonshine and the Talladega to NASCAR that we should investigate what a real moonshine still is all about. Our trip to Short Mountain included a visit to a non-working still plus an authentic “old fashioned” modernized legal working still and a new large production still. Our tour guide was very informative and educated many of us on the differences of various types of real moonshine.

After the tour we just had to go to the sampling room and try out six different versions of the shine they produced. Next up was lunch at the Short Mountain restaurant with its special hamburgers made from mash fed beef. The meat had a distinctly different and good flavor. Of course, for the really brave there was the moonshine brownie! We all had a taste and wanted more. One lucky member got the cherry on top that had been sitting in a jar of moonshine for quite some time. It is good she had a designated driver, it had a real kick to it!

Our travels next took us back to our home where everyone’s cars were on display in our own private car show. I opened up our garage for a gathering spot and opened the parts building as well. From there it was freestyling and enthusiasts were everywhere crawling over cars, under cars and sorting through parts! Katrina is still talking about how all the guys, and some of the gals, were constantly looking at every little detail of the cars to see how theirs should look.

While some were inspecting cars others were out playing with some of our 36 miniature donkeys. I am not sure who was more entertained and intrigued, the donkeys or our guests!

One highlight of the day was when we all gathered to listen to Kenny Troutt tell stories about the late 60s and early 70s days of NASCAR. He had some great tales to tell and some stories I dare not repeat here. Kenny is the real deal having worked for some of the biggest names of the time, built his own Cup car and is an inductee into the Living Legends of NASCAR in Daytona Beach.

As the day grew long a traditional Tennessee pulled pork dinner was served with peach cobbler to finish it all off.

By this time many were beginning to wear out and thinking of the early morning trip back to their home states on Sunday. Those who were just not ready to give up on a great weekend of Talladega Spoiler Family fun stayed around for a showing of Last American Hero. It is the story loosely based on the early years of Junior Johnson. Included were action scenes of Cyclones, Torinos etc. on the track. If you watch closely you will even see the famous cut-a-way print of the David Pearson Talladega make an appearance. You will have to be quick and look for it, it is there.

We are not yet sure what the 2017 Talladega Spoiler Family Reunion will be or where but make sure to watch this site for updates and make your reservation when it is announced. Here are some more photo from day two.

How many 1969 Mercury Cyclone Spoiler II cars have survived?

Made in China or USA? 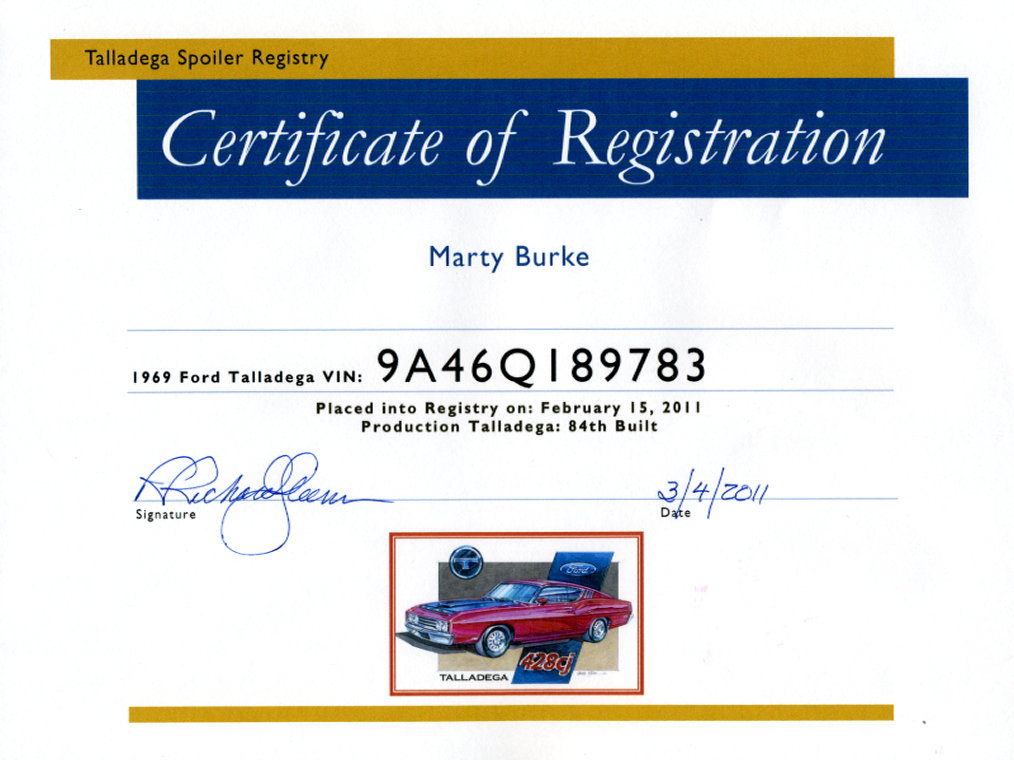