This story was provided by Mark Chubberley of Chattanoga, TN. 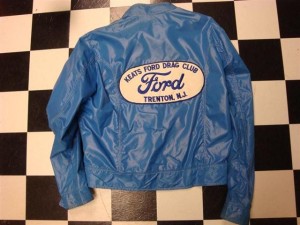 I thought you might like to see some pictures of mine. They are of a friend (Skip) of mine from back in 1969 with his Ford Drag Club Talledega. He was a salesman for the dealership and this car was his demo. Skip was in the dealership’s drag club. I’m not sure if he was incharge of it but he probably was. He gave me a Ford Drag Club jaket that I still have.  He drove the car to the track in 69. It was a burgangy car. 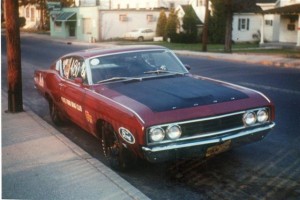 In 1970 he got a 1970 Yellow Torino Cobra as a demo and pulled the Taledega to the track with the Cobra. He ran the car and won quite a few races. He ran at Englishtown and Atco. He won so many races in 1969 that they made him take the long front end off the car and install the standard 1969 Cobra fenders. 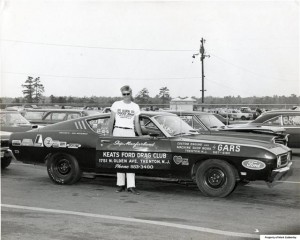 I remember the first time I saw the car when it was brand new at the Dealership (Keats Ford in Trenton NJ. They are out of business now.) I went to see the Ford Drag Team ( Blue cars) That were doing a drag club meet and show at the dealership. Skip showed me the Talledega that day as it had just came in at the dealership a few days before. 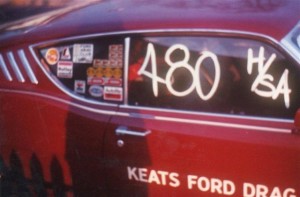 Skip was my Sunday school teacher in 1969. I was in 9th grade! He used to come to Church on Sundays and would leave right after the service was done and race at Englishtown or Atco! ( Pretty neat) These pics are the car when he was still driving it. ( Notice the dealer tag!) I remember one day when he came to church the car was really loud. When they first got it they welded cutouts on the pipes. He had hit something in the road and knocked one of the caps off!

I allways wondered what happen to that car. I moved away from NJ in 1976 and remember seeing the car right before I moved away still being driven with the regular fenders on it. It still had the stripes and the T on the doors. Sad thing is it probably got crushed cause no one knew what it was. I would love to recreate a car like it! I dragrace and think a car like that would be neat!