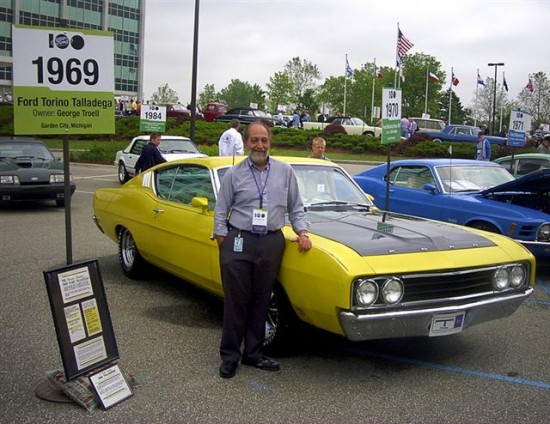 I have said it many times: “The people are what make the cars so much fun.” Yes, I love the thrill of acceleration that pushes you back in your seat, and the beauty of the car’s lines as well as the physical sensations of cornering on the brink of disaster but in the long run it is the people. If you know someone who isn’t into the car scene it may be difficult to explain to them the attachment we have to these mechanical objects. These hunks of steel are like members of the family to many of us.

While attending the First Talladega Family Reunion I happened to meet Michael Troell who had an outstanding Mercury Cyclone Spoiler II Dan Gurney car at the show. As we were talking he explained that he was about to undertake the restoration of the “Bunkie” Knudsen 1969 Ford Talladega. For those of you who don’t know, that is the yellow Talladega that was built specially for “Bunkie” Knudsen the then President of Ford Motor Company.

As important as this particular car is to the legend of the Talladega, it is even more important to the Troell family. The following story was written by Michael and is Part I of a continuing story we will be running on this car over the next few months leading up to the Second Annual Talladega Family Reunion.

The Story Behind the “Bunkie” Knudsen Talladega Restoration (Part I)

The year was 2003, the place, the Woodward Dream Cruise, downtown Birmingham at Revin with Ford. This would be the last time the “Bunkie” Knudsen Talladega would be seen in public in its original state. After much deliberation and soul searching by my father, George Troell, the decision was made to do a full frame off rotisserie restoration. The decision came with much controversy as the purists felt that the car should be left in its original state. It was said that by restoring the car it would take away some of its mystique as well as its value. In the end, my father felt it was in the best interest of the car to do a full restoration and it was time to restore. 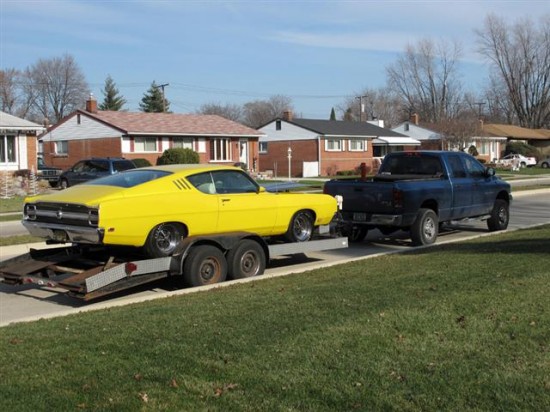 With that decision made it was now time to see a dream become reality. The first task was to find a restoration shop who not only understood the vision my father had but could see it through. Early in 2003 my father was given the name Ronald Sandie, owner of R&R Restoration in Taylor Michigan. Ron had just finished restoring a 1968 factory-built Super Stock Cobra Jet Mustang better known as the Gas Rhonda Cobra Jet. After one meeting my father knew he had found the one man that would help him bring his vision to life. After several meetings and much planning it was now time for the restoration to begin. 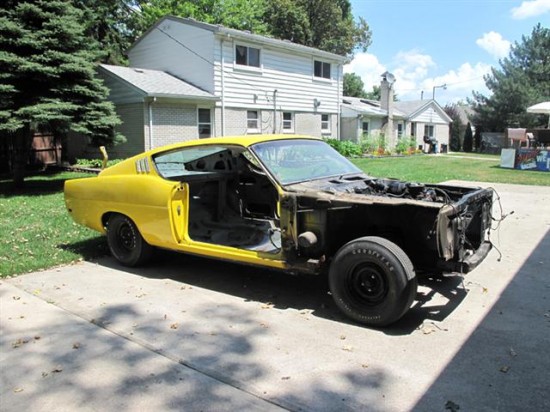 A Change in Plans

With everything in place and the restoration set to begin my father make a last second decision that surprised everyone. To this day it is still unknown as to why, but his decision was to put the Talladega on hold in favor of my mother’s 1969 Cyclone Spoiler Dan Gurney Special. The Cyclone had been in the family since 1969 when my grandfather had bought it at Stu Evans Lincoln Mercury in Garden City, Michigan. So in late fall 2003 Ron began the restoration on the Cyclone, it would take almost 2 years to complete. It would debut at Concourse d’Elegance of America at Meadow Brook in the summer of 2006.

With the Cyclone having spent the summer of 2006 doing the show circuit, it was now time to begin the restoration of the “Bunkie” Knudsen Talladega. 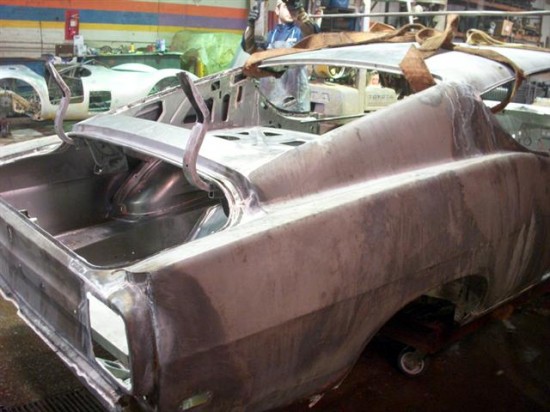 With preparation and planning underway the unthinkable happened that would forever change the course of one man’s hope and dreams. In March of 2007 my father was diagnosed with a very rare form of cancer in which he was only given 6 months to live. The restoration was stopped before it had begun and an uncertain future loomed. On September 18, 2007 my father passed. One week prior to his passing I had promised him that I would see to it that the car would be restored. I told him it would be done right, just as he had envisioned.

In July of 2008 I sat down with my mother and Ron to begin discussing the restoration. We were all in agreement that the car was to be done in my father’s memory. The restoration was scheduled to begin in the fall of 2008. The plan was to debut it at the 40th anniversary of Talladega Superspeedway in 2009.

On September 19th 2008, the day after the one year anniversary of my father’s passing my mother was diagnosed with both brain and bone cancer. Originally she was given a few weeks to live. The restoration would once again be stopped before it began. On June 28, 2009 my mother lost her battle with cancer. All discussions regarding the restoration had now ceased to exist. 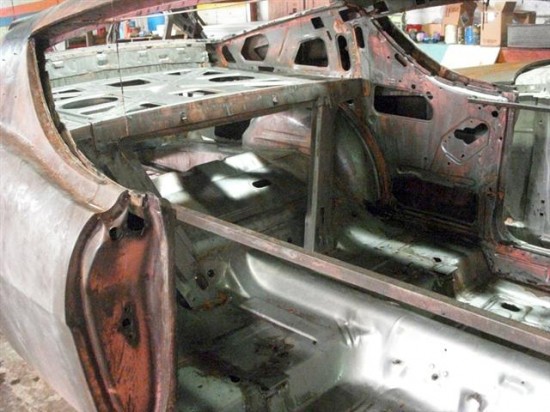 A Promise Kept, a Dream Begins

It was now November and 5 months had passed since losing our mother; and my sister Julie and I had a decision to make. In sitting down with Ron the three of us knew what had to be done. We needed to keep a promise and fulfill a dream. It was finally time to begin the restoration of the “Bunkie” Knudsen Talladega.

We all knew that this would be no easy task, the one man who held all the knowledge and the vision was gone. It was now up to my sister and I, and the one man that my father entrusted to see his vision become reality, Ronald Sandie. 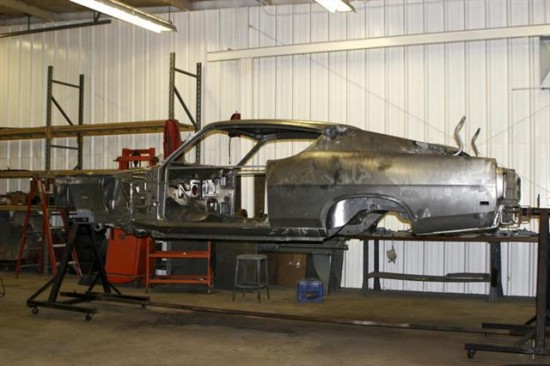 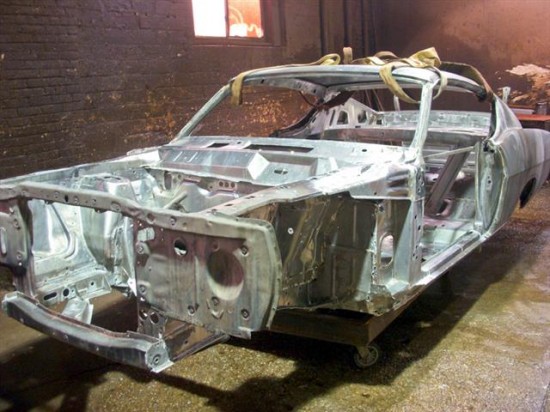 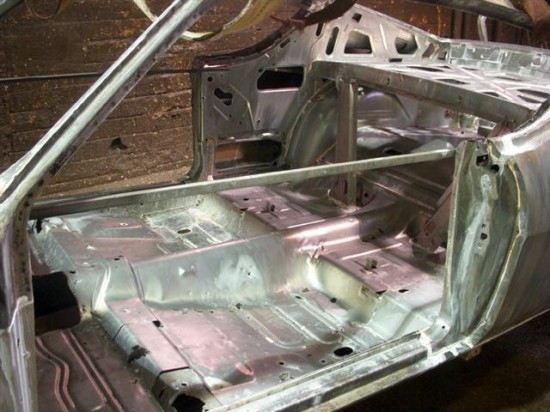 On December 6, 2009 6 years after the decision was made the “Bunkie” Knudsen Talladega headed to R&R Restoration. 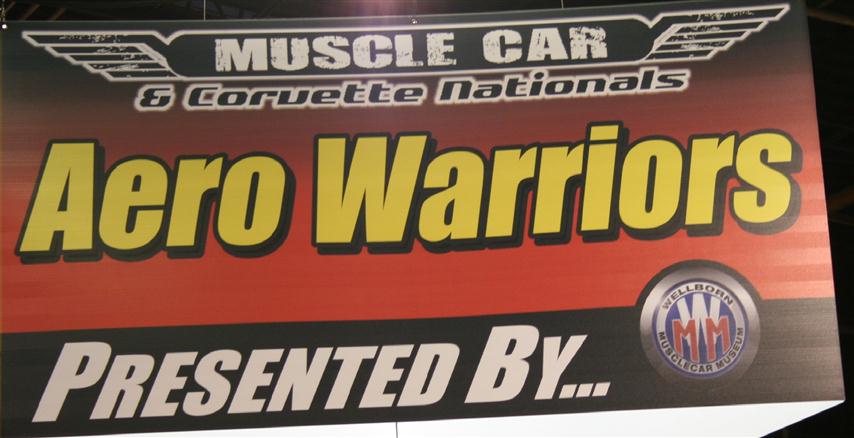 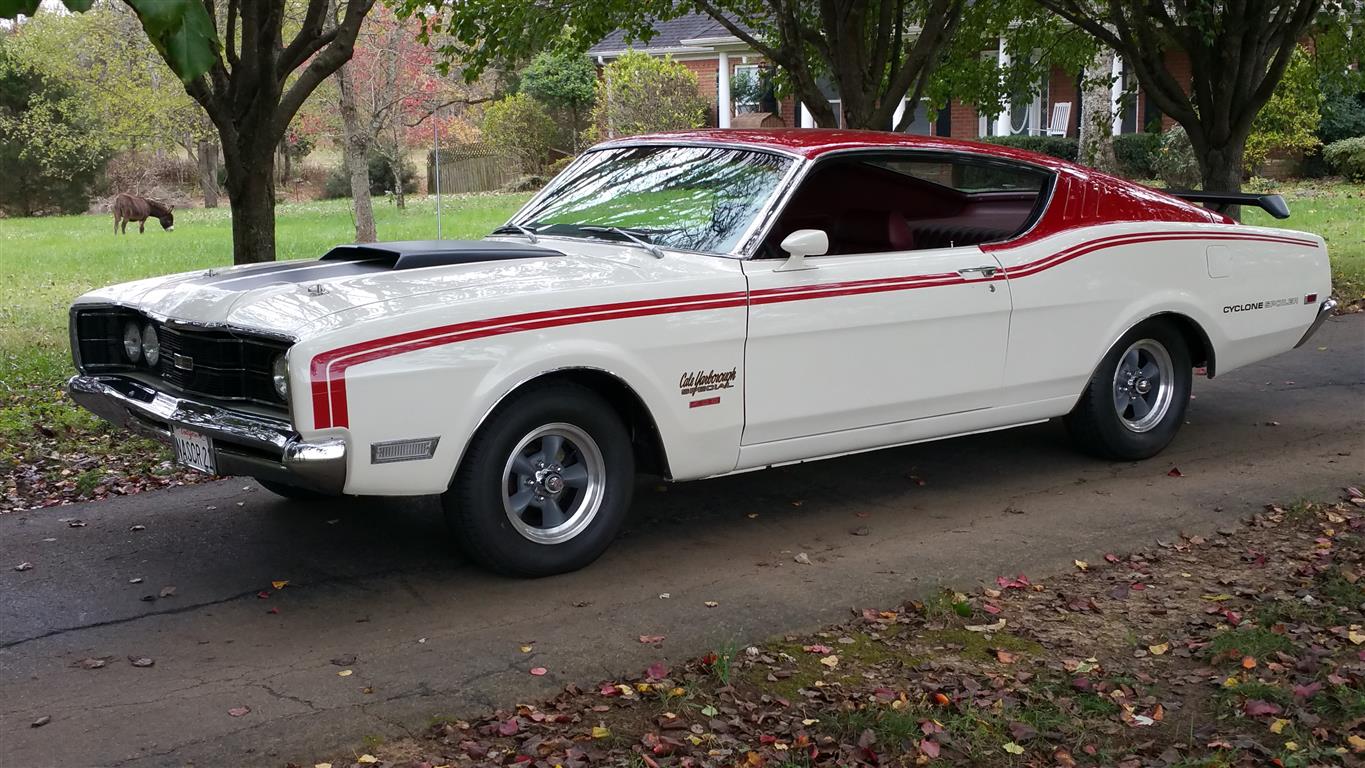 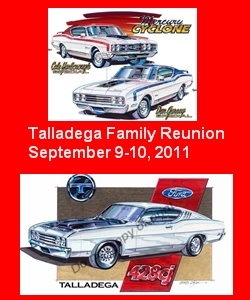