I recently came across a couple of 3/8 scale styling/wind tunnel models and they got me to thinking. Although I have seen some wind tunnel numbers of tests for the 1969 Ford Talladega and Mercury Spoiler II as well as the Chrysler products I have never known whether Ford used full size cars or 3/8 models of the Aero Cars. I believe they used full size cars but not sure. The Dodge Charger Daytona 3/8 model has been around for years and has had a fair amount of coverage publicity. I will go into much more depth on this particular model below.

However, having just recently discovered a Ford version of what appears to be a 1960s version of a styling model of a Ford Galaxy I got to wondering about the possibility of a Talladega version. If one did exist it was likely destroyed long ago. It is more likely that the Talladega aero fabrication was started on a real full size car. However, long lost objects are continuously being found I thought it is worth asking. Has anyone seen other examples of this kind of thing for other Fords, especially a Talladega or Spoiler II? Does anyone know if they used a full size car or a model for wind tunnel tests?

In the early part of 1969 Ford took its new 1969 Ford Talladega to the Nascar Superspeedway at Daytona and kicked the new Dodge Charger 500 aero car into the back of the pack. The 1969 Dodge Charger 500 was to be the Chrysler Corporation’s car that was suppose to dominate at the superspeedways. After the Daytona 500 embarrassment Chrysler management basically said to its race division build a car that will win; cost is no issue.

That set the stage for the development of the 1969 Dodge Charger Daytona which was the continued evolution of the Charger 500. However, wins were needed in 1969 so the development time was extremely short. It was now clear that horsepower alone was not the answer, the race cars had to be more aerodynamic. There was no time to build and test full size cars and there were no wind tunnels available to Chrysler that were big enough to test a full size car in. The answer was to build and test scale models in the wind tunnel.

Aerodynamic tests of car bodies had been done since at least the days of the Chrysler air flow. Chrysler had built similar scale models of the 1966 and 1967 Charger, Coronet and Belvidere. The also had tested the 1968 and 1969 Coronet and went on to test the 1970 Road Runner Superbird and the 1971 Road Runner and Charger.

Shown here is the 1969 model of the Dodge Charger Daytona. This is the only muscle car era wind tunnel car to survive. It was donated to the Winged Warriors National B-Body Owners Association by Chrysler in the early 1980s. It is currently being restored to include all of the various front ends, wings and other details under the direction of Joey Machado.

Construction of this scale model car began by reducing to 3/8 scale the actual engineered paper line drawings of the 1969 Charger body. From these prints, a molded body was made. This was most likely done from clay over a wood buck. From this reverse mold was made. A fiberglass body was then made in the mold. This fiberglass model weighs approximately 250 pounds.

The exhaust extensions were made to test the possible aerodynamic benefits of very long pipes. If  you could look carefully at the underside of the chassis you would see a molded in single exhaust system including a muffler. You would also notice “K Member” and rear springs details. This chassis could possibly have been also used on many different wind tunnel B-Bodies.

The wind tunnel model car has three types of side windows. The first is the original molded in fiberglass, second are “tin” plates and the third are wire screens. The tin plates were likely used to support the modeling clay shown in the photos. Aerodynamic tests were done using different side window likely due to the various racetrack requirements and NASCAR rule changes.

When the wind tunnel model was placed in the wind tunnel the wheels were bolted two plates. These plates were part of an apparatus that suspended the car in mid air. Wind was then blown at the 3/8 scale model at speeds up to 300 miles per hour. To determine what effect the wind had on the car, colored smoke was blown at it and carefully watched as it passed over and around the test model. Small thin wool “tails” were also taped to the body. During testing if they were pressed tightly against the body all along their length the air flow was stable in that area if not the air “was dirty” and not efficient.

The iconic Charger Daytona wing uprights on this model have a different than those found on the production cars. However, the horizontal portion of the wing is an exact miniature of the full size piece. Again look closely at the photos and notice the many holes in the wing uprights which allowed for many different wing position tests.

Restoration of this Wind Tunnel Daytona model will eventually include a shark fin single upright that was in the center of the deck lid during some testing. The original wings were unfortunately discarded many years ago.

Chrysler aerodynamic engineer Gary Romberg used this model in 1969 and 1970 to test ideas for improving the Charger race body.  If the wind tunnel tests were positive full-size parts were handmade then fitted to a rather crude full size real test mule race car. If these race parts worked well they were then produced by machine and tested on the number 88 race car under the supervision of Chief Mechanic Larry Knowlton. Finally, if all went well the parts were produced in small quantities and distributed to the Chrysler race teams.

At a recent interview in 2015 at the Aero Car Reunion, Mr. Romberg was asked what part of the final 1969 Dodge Charger Daytona was due to aesthetics from the design department and how much was due to engineering and aerodynamics. His reply was that it was all aerodynamic design with no input due to aesthetics. Even up to today, the 1969 Dodge Daytona remains one of the most aerodynamic designs ever to come out of Detroit.

The Wind Tunnel Daytona incorporates the correct 1970 charger front section. Unfortunately, it was made slightly too large so modeling clay was used to make a smooth transition to the remainder of the body lines. This car has a removable front section in between the wheels and grill so different front design sections could be tested. These included the standard 1969 Charger, the Charger 500, long and short Charger Daytona clay noses, and fiberglass versions. It is planned that all versions will eventually be recreated as part of the restoration.

While attending a local car show recently I came across this early Ford Galaxie model.

If anyone has more information or history on this Ford 3/8 scale model or has any photos of a similar Torino/Talladega version please contact me at rfleener@Comcast.net.

Here are a few more of the data sheets from Ford that discuss the aero characteristics of their cars and the competition. 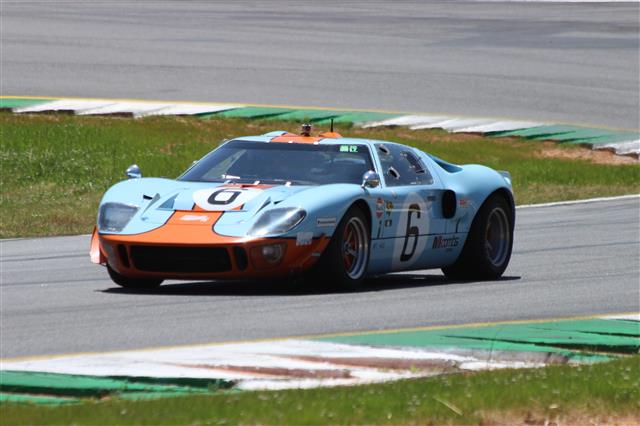