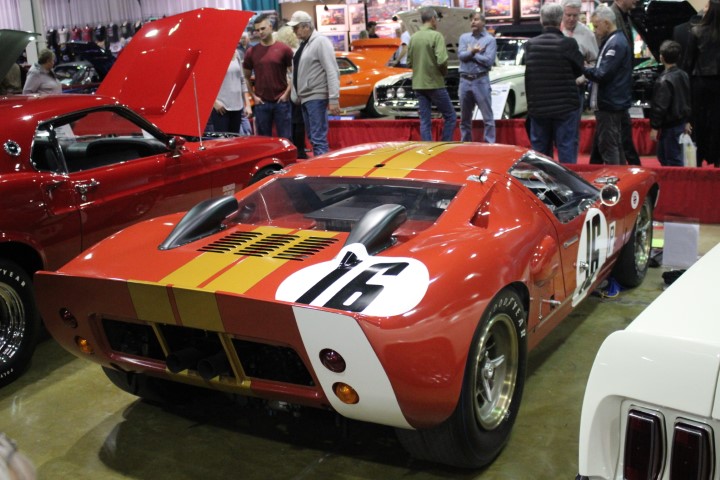 Our Aero Cars were built after the first GT40s made their appearance at LeMans but they were likely being designed at Ford and Holman and Moody around the same time or soon after the first race. The release of the movie Ford vs Ferrari a few weeks ago tells the story of Shelby and Ford going to war with Ferrari for an overall win at Le Mans. It is a terrific movie even for a non-car enthusiast. However, it is the story about the people and personalities more than the story of the cars’ development. If you have access to NETFLIX or other internet streaming videos, there are a couple of other movies that are available that do a much better job of telling that story.

This got me to thinking about how great it would be to have some similar movies produced on the subject of Ford vs Ferrari and the Aero Wars. The storyline from a people perspective and the engineering efforts at both Ford and Chrysler could fill a mini-series. Unfortunately, I am afraid that Hollywood is likely not interested in telling that story.

Just the same, the story and success of the GT40 is one that all of us Ford car guys can appreciate.

The 2019 MCACN show in Chicago had some of the best muscle cars in the World on display. Our Aero Cars were represented with some sterling examples but it was a Ford race car that got my attention. It was only days after the release of the movie Ford vs Ferrari and there in front of me was a historical Ford GT40 race car. The red and gold Alan Mann race car! 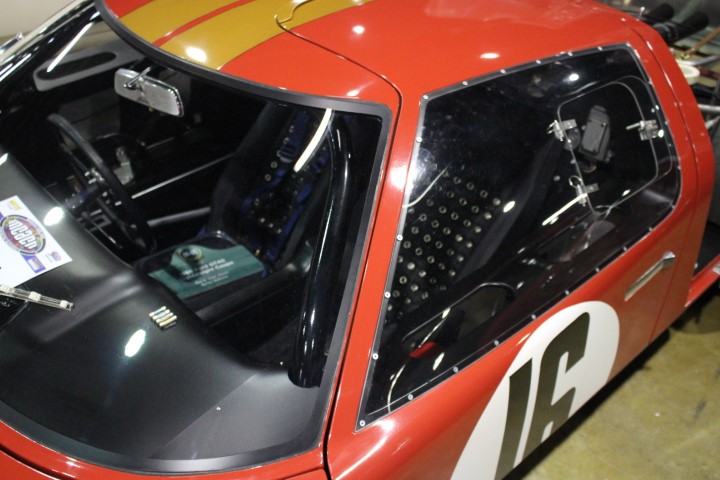 In 1964 Alan Mann Racing became a Ford factory race team. As depicted in the Ford vs Ferrari movie, the all out 1966 Ford effort to win Le Mans included Alan Mann Racing. Mann developed a lightweight version of the GT40 with a light alloy body and other modifications. Five cars were ordered, but only two were built before Ford shifted its effort to the newly developed MKII GT40. Alan Mann Racing entered two 427 powered MKII cars in the 1966 Le Mans race. Unfortunately, both cars dropped out despite one leading early in the race. 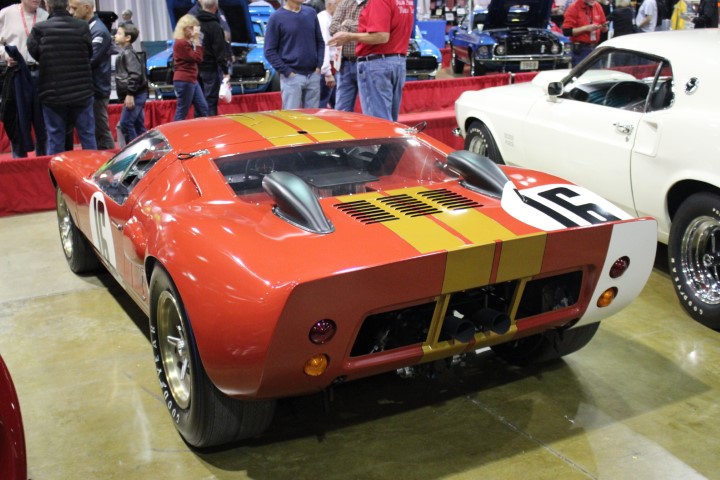 The car at MCACN is GT40 AM 1. Unfortunately, the MCACN show sign read AM 2 resulting in some confusion for this writer during research in the preparation of this story. Fortunately, Rex Myers, the car’s owner provided me with additional clarification and corrected my mistakes. This car has always been red with gold stripes with the white flash marks on it. Prior to 2019 the last time it was on public display was in late 1968, over 51 years ago. This beautiful and historical car started life with a Weber carburated 289. This set up remains today. Ford had Holman-Moody build AM 1 into a full bore 427 MK II B, but AM 1 was never raced by Ford again. Ford paid Holman Moody to change it back to its original 289 configuration which it still is today. 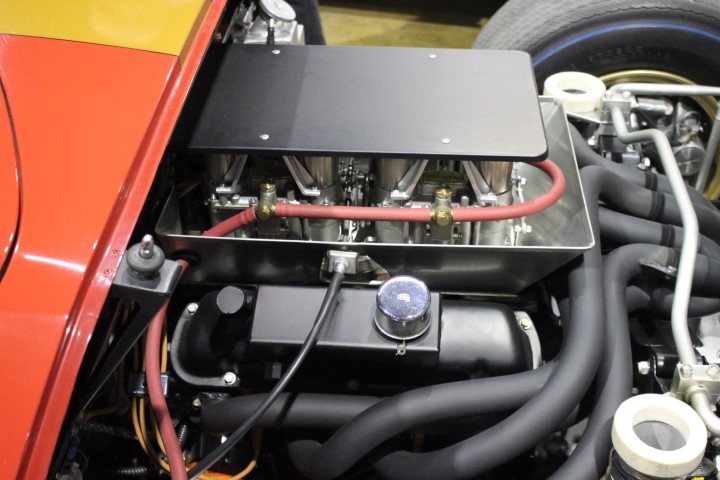 The GT40 MK I aluminum cars were 150 lbs lighter than standard. The lightweights were not properly homologated and were thus slightly converted back into a standard specification with fiberglass bodies and a thin sheet-steel roof covering the aluminum structure underneath. 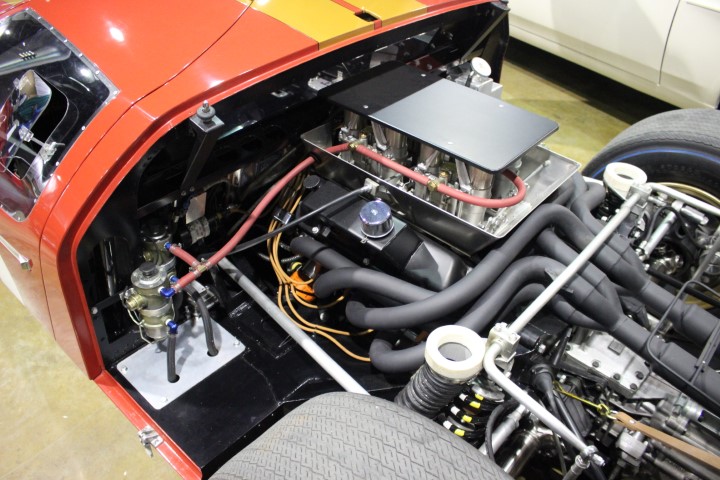 Want your own King Cobra? 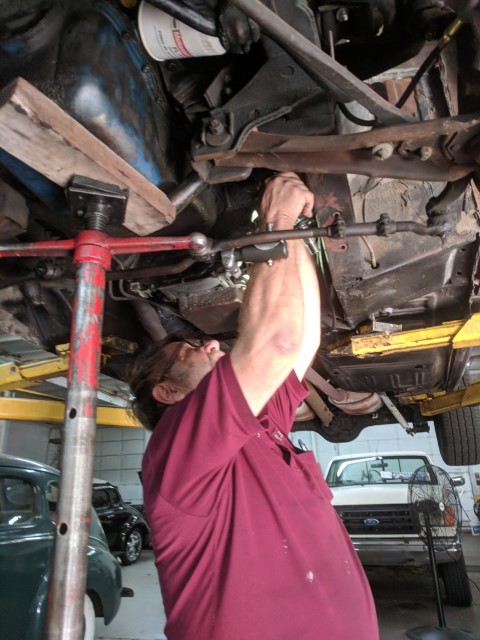 What are you working on? Richard Fleener, Part 2 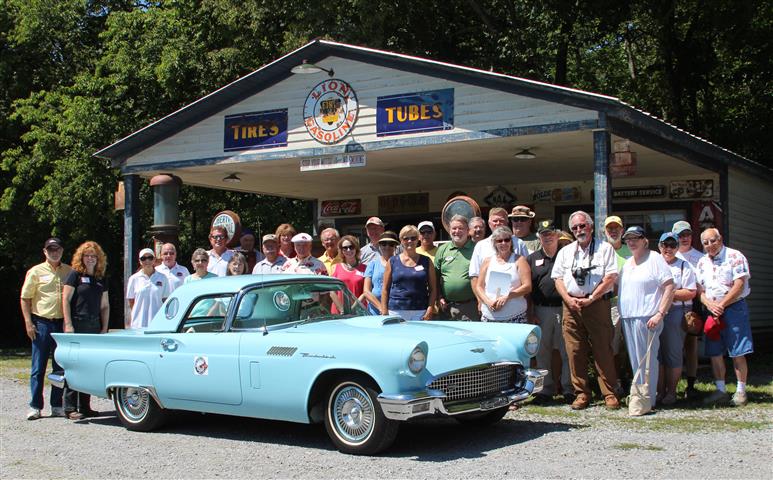 Hit the Road and Have Some Summer Fun