What good is a car registry? One of the reasons we started this online Registry for the Ford Aero Cars was to document the cars that remain. However, we also wanted to help individuals find that long missing car they have been searching for. We have had a couple of success stories in reuniting owners with their prior rides but today we have a special story of a car once lost but now found.

Some three years ago we were contacted by Mark Chubberly about a loving memory from his past regarding a special Sunday School teacher. It seems his teacher was Skip Mac Farland who liked to drag race and he would often show up on Sunday morning with his fast and lettered up maroon Talladega. The appearance and sound of that car made a lasting impression on Mark.

As the story goes, the Talladega was so fast at the drag strip is was under constant scrutiny by the inspectors. The car’s domination was a thorn in the side of the race track. Because the name “Talladega” never appeared on the outside of the car and since it had a very unusual aerodynamic front end the owner was told to either move up from the Stock Class and race with the light weight cars or install a stock Torino nose.

Off came the Dega nose and in its place was installed a Torino front clip. We are not sure how well the Talladega did at the strip from that point on but there is more to the story. Mark asked if we had any idea where that car now resides and if anyone knew where Skip might be. We had no idea but agreed to do what we could to help out. 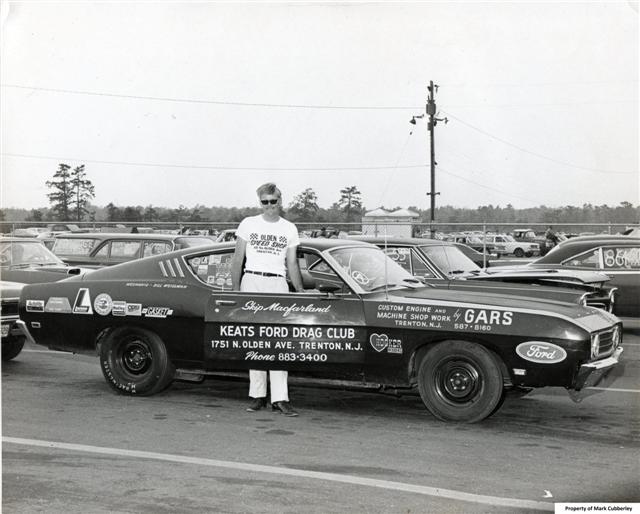 We were told that Skip recently passed away but no one knew what happened to the car.

The story now takes another twist. The Mac Farland race Dega was sponsored by Keats Ford and after having been removed from the drag racing Dega, the front clip was pushed off into a corner of Keats’ shop and forgotten.

Several years passed and a certain white Talladega in a neighboring city suffered major front end damage. Finding parts for a damaged Talladega nose was not even easy back in those days. A friend remembered a Dega front clip sitting at Keats. A deal was worked out and it was installed on the wrecked Dega. This car was owned by the brother of Mike Williamson.

Soon after we published the article on the Skip Mac Farland Talladega Mike contacted us and wanted to know if that could possibly be the car that offered up it nose for his brother’s car. He also wanted to know what happened to the car. Mike has since restored the car and it has even appeared on our Talladega Spoiler Registry Calendar, look for it.

Fast forward to November of 2012 and I was contacted by a person in NJ who claimed to have a Torino for sale. He claimed it to be a Talladega, a maroon one. A number of emails and photos were exchanged and a deal was reached for me to purchase the car. The Dega appeared to be rough and need a lot of work. I looked the VIN in our Registry and it was a real Talladega. One that had not yet been registered. However, according to the additional information I had it was not sold from Keats Ford but rather out of Rice and Holman in Merchantville, NJ. This created some question as to it being the Keats Ford Dega. Why would Keats sponsor a race car sold from another dealership?

I then had a Marti Report prepared and it came back with the car having been sold out of Keats Ford! Dealers often traded inventory when certain colors were desired or one dealer was having trouble selling its cars.

As often happens in car dealings, although we had a “digital handshake” by email on the sale of the car it was subsequently sold out from under me to another buyer. We had been excited about restoring the car back to the condition you see in the photos on this page. It seemed like a great opportunity but we moved on to other projects with equal excitement.

With that, I moved on and forgot about the Torino nosed Talladega. That is until it again showed up for sale in mid 2013. This time I had lost interest in the car but still wanted to track its path of ownership. As it so happens, a fellow here in middle Tennessee was looking for a 428 CJ project and stumbled onto this same car. He really didn’t care or believe the Talladega/Torino story. He did do some research and found our web site articles and contacted me about the car. I filled him in on the additional research, history and other info that I had come up with.

This past weekend I was able to inspect the car. That story and photos will be our next Post! 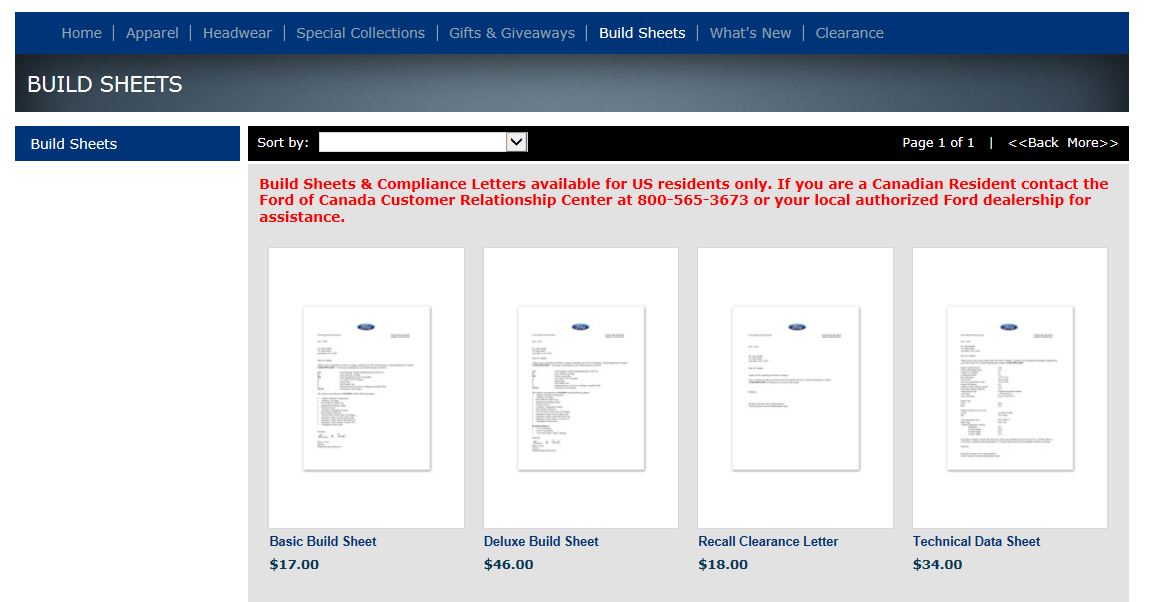 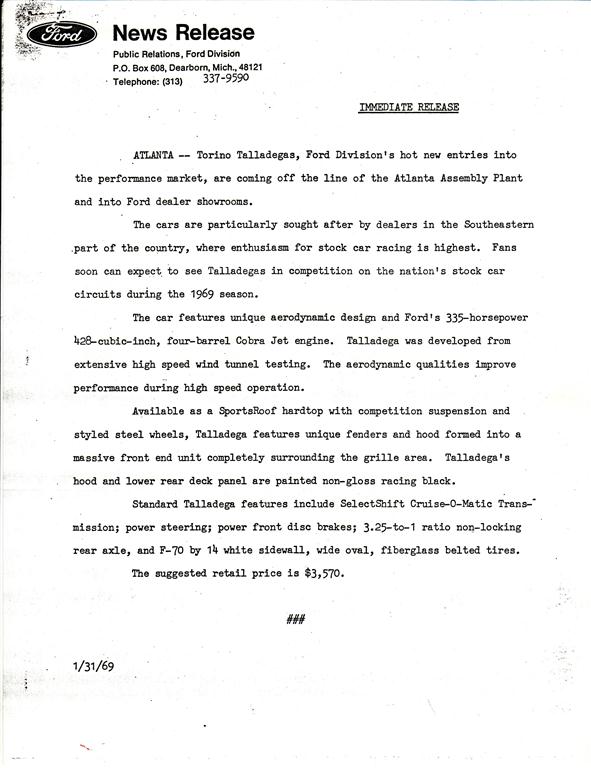 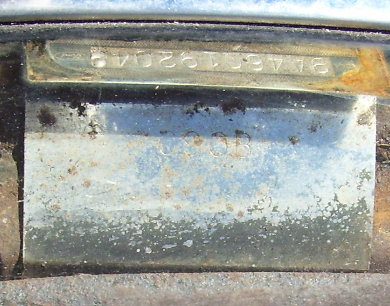