We all know that the 1969 Mercury Cyclone Spoiler II fenders started life as regular Cyclone fenders but how much was really used from the original fender? Where was it cut off? What was added? To build the NASCAR minimum of 500 cars was a tall order for Mercury. There were a lot of special parts required but none more noticeable than the front fenders.

The first step was to cut off just In front of a portion of the fenders just in front of the front tires. Then each Cyclone Spoiler II fender had 19.5 inches of new sheet metal added. An entirely new, sloped nose was then grafted onto the remaining original fenders. It was long been believed that Spoiler II cars were all built on the assembly line like the Talladega. However, based on a recent interview it was reported that the fenders were installed outside the assembly building in a different building! The fenders were first modified off site by an outside source and shipped to the factory for final finish and assembly onto the car. 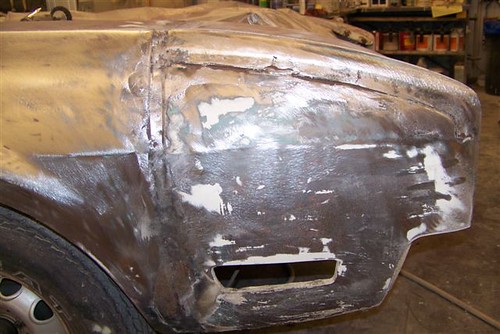 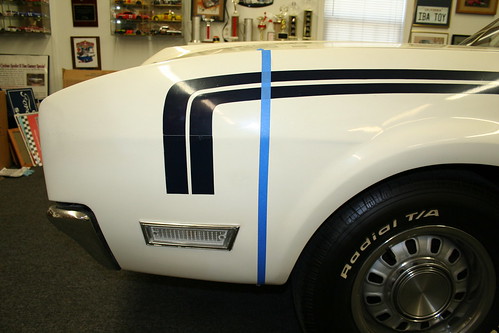 This is an original Spoiler II with the seam marked with blue tape. The metal to the left is the new aero metal. Notice how close the bumper sits to the fender compared to the standard production Spoiler model below. 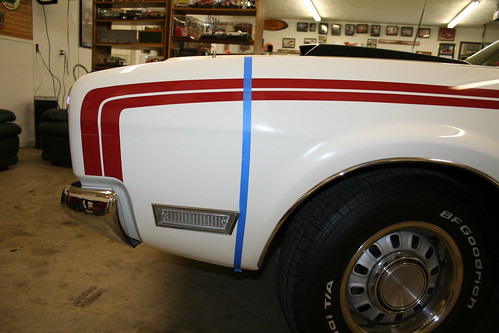 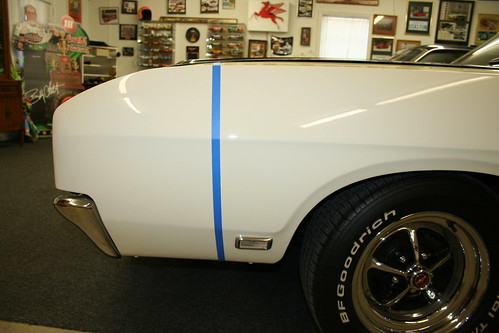 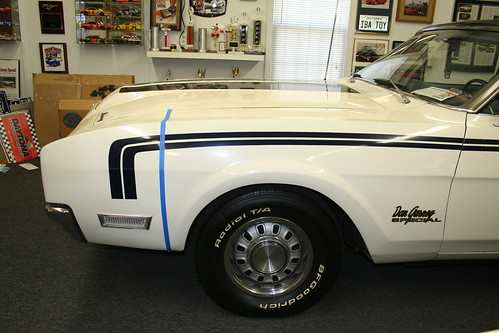 As stated earlier, NASCAR mandated that at least 500 of these hand built extended nose cars had to be manufactured. According to some unconfirmed, rumors Mercury built only 351 out of a reported 503 units. How could they have done this? As the story goes, they built 351 extended “D” nosed cars; parked them in the front and on the edges of a parking lot; took 152 regular “W” nosed Cyclone Spoilers and parked them in the middle of all the Spoiler IIs in the parking lot. When NASCAR counted the cars they just never looked closely enough at the cars in the rear! Is this true or false? We have no way to prove it one way or the other, however, it must be known that the Marti Report states that 503 Spoiler IIs were manufactured. Because the Marti Report information is based on Ford records we will always consider there were 503 cars built until evidence is provided to prove otherwise. 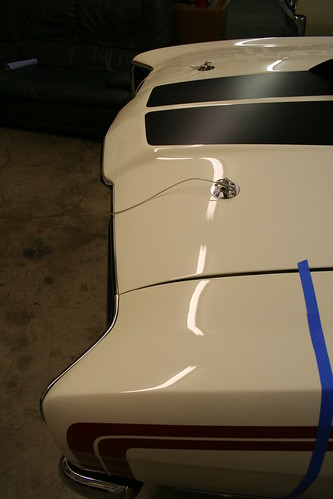 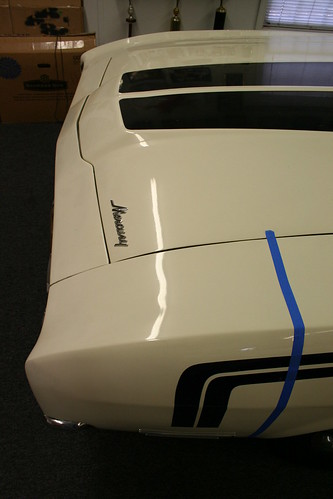 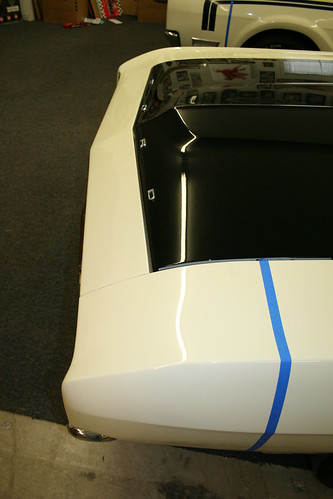 Stripes and Decals for your Spoiler